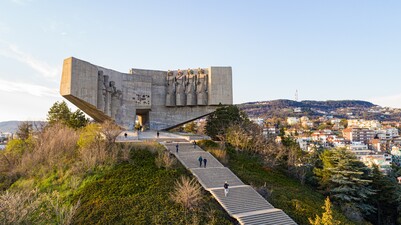 Administrative Centre of the Black Sea Euroregion
VARNA (Warna, Варна, Oδησσός, Odessos, Stalin), the fifth venue for the EVROVIZION project, is located on the eastern border of Europe. It is the third-largest city in Bulgaria and the largest city and seaside resort on the Bulgarian Black Sea coast. In the sixth century BC, Varna was founded under the name Odessos, and thereafter frequently became a flourishing trade centre under various different rulers and systems, as well as a crossroads between countries and continents. Numerous cultures and religions have shaped the city over the centuries, giving it its multi-ethnic diversity that has made it one of Bulgaria’s most important economic, educational and cultural centres right down to the present day..