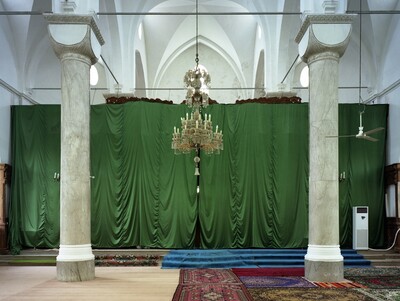 Johanna Diehl explores the obscure recesses of collective cultural memory. She is interested in forms of the “overwriting of memory” and the “presence of absence”. In her photo series and films she negotiates the identity of contemporary Europe.

Johanna Diehl (b. 1977 in Hamburg/DE) studied fine art/photography at the Academy of Visual Arts Leipzig/DE, as well as at the École Nationale Supérieure des Beaux-Arts de Paris/FR (2000–2007) and as a master student (Meisterschülerin) at the Academy of Visual Arts Leipzig/DE (2010–2012). Diehl develops her practice from the idea that truth resides in the folds of memory. She explores what is hidden in the obscure and neglected recesses of our collective cultural memory. She is interested in forms of the overwriting of memory and the presence of what is absent. She negotiates the identity of contemporary Europe and the basis of built spaces and private archives. With each of her photographic series and film works Diehl raises new questions about conflict and identity in recent European history. In doing so she employs photographic means to explore the potential of not just documenting history but also writing it anew. Since 2019 Diehl has been professor of photography at the University of Applied Sciences in Würzburg. Diehl lives and works in Berlin.

The following artworks will be shown as part of the EVROVIZION.CROSSING STORIES AND SPACES project:

Johanna Diehl’s photographic work Braclav is part of the Ukraine Series (2013–2015). The series documents the appearance of former synagogues in Ukraine today. In 1941, German occupiers launched a genocide of the Jewish population that resulted in the destruction of their communities. As a result, when the country returned to Soviet communist control, former synagogues were converted to secular use. Some of these sacred places were turned into cinemas, sports halls and clubs that still exist today, while others are no longer used, have fallen into disrepair, or become ruins. In her artistic practice, Diehl sets off on an archaeological search, using her works to visualise the sacred remains of former religious sites. The architectural spaces she reveals subtly reflect religious dispossession and cultural annexation. Empty spaces within the collective cultural memory are explored, making visible overwritten memories and ‘the presence of the absent’.

Johanna Diehl’s works Souskiou, Cyprus (South) and Karavas/Alsançak, Cyprus (North) are part of the Displace series (2009), whose creation was inspired by the 1974 partition of Cyprus. The partition of the island into the Republic of Cyprus in the south and the Turkish Republic of Northern Cyprus resulted in the forced resettlement of the population to facilitate ethnic and territorial separation. Johanna Diehl’s photographs document the consequences of this division. With the series’ title, she describes not only the process of expulsion, but also the process of replacement. Souskiou, Cyprus (South) shows the remains of a mosque in a deserted space on the Greek part of the island. Karavas/Alsançak, Cyprus (North) depicts a church in the Turkish part of the island that was converted into a mosque. Even if the cultural and religious identity of the former residents has been sup-pressed and superseded by territorial appropriation in each case, traces of the past continue to be visible.

These artworks are part of the ifa art collection. 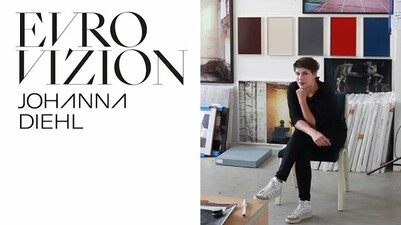