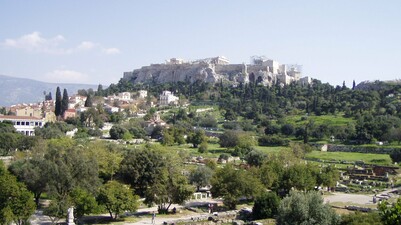 ATHENS (Athen, Αθήνα, Ἀθῆναι, Athênai), the fourth venue for the EVROVIZION project, is the capital city of Greece.
From the time of its democratic government in antiquity, this city in Attica has been known as the cradle of democracy. Athens was the cultural, economic and historical centre of Greece, and it has never lost this status. In 2015 the city was the centre of media attention due to the national government-debt crisis and the threat of ‘Grexit’.