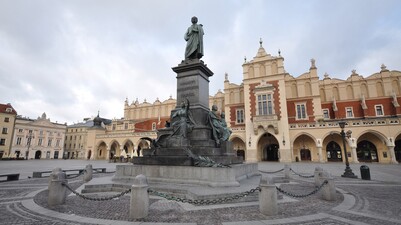 KRAKÓW (Krakau, Krakov, Краков), the ninth venue for the EVROVIZION project, is not only Poland’s second-largest city, but also one of its oldest. Since the city’s buildings emerged almost unscathed from World War II, Kraków has retained its appearance from that glamorous age when it was the capital of an empire stretching from the Baltic to the Black Sea. In 1978 Kraków was declared a World Heritage Site by UNESCO. The city is also known as the secret capital of Poland and the ’Polish Jerusalem’.