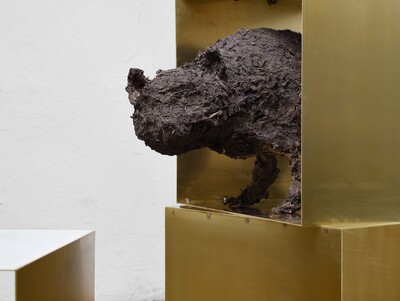 Petrit Halilaj’s work is deeply connected with the history of his own country, Kosovo, and the political and cultural tensions in the region. While confronting collective memory, his installations often originate from intimate processes and personal experience.

Petrit Halilaj (b. 1986 in Kostërrc/XK) studied art at the Brera Academy in Milan/IT (2006–2009). His work is deeply connected with the recent history of his country, and the consequences of the political and cultural tensions in the region. While confronting a collective memory, Halilaj’s work often originates from personal experience and it is usually the result of an intimate process and a shared moment with someone he loves. His unique, and sometimes irreverent, way of playfully confronting the essence of reality results in deep reflection on memory, freedom, cultural identity and life’s many surprises. He is currently a professor at the École Nationale Supérieure des Beaux Arts de Paris/FR for the academic year 2019–2020. Halilaj lives and works between Germany, Kosovo and Italy.

Halilaj’s work is closely tied to the history of his homeland, Kosovo, and to the political and cultural tensions in the region. His installations reflect personal experiences, collective memory and intimate processes. Petrit Halilaj’s work Poisoned by Men (Felis silvestris) belongs to the Poisoned by men in need of some love series that was created between 2013 and 2019. The installation contains the sculpture of a cat – crafted from animal excrement and earth – and three open brass cubes. The starting point of the series is Halilaj’s rediscovery of the animal collection of the former Museum of Natural History of Kosovo in Pristina. The museum, which was established in 1951, shut its doors in 2011, and was transformed into the Ethnological Museum Kosovo. To make way for a more nationalistic presentation of ethological history, the animal collection was locked up in the museum’s cellar and left to moulder. July 14th is a video Petrit covertly shot that documents the dialogues, the opening of the storage room, and the rediscovery of the collection. For his series Poisoned by men in need of some love, the artist created animal sculptures that were copies of the taxidermically prepared animals he had rediscovered. In so doing, he returns visibility to a part of the cultural heritage that had been hidden and forgotten. 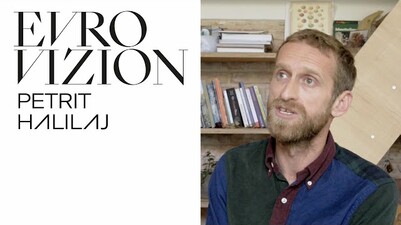