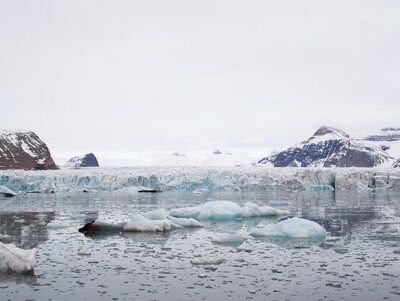 Emilija Škarnulytė makes films and immersive video installations exploring deep time and invisible structures, from the cosmic and geological to the ecological and political, working between the documentary and the imaginary.

Emilija Škarnulytė (1987 in Vilnius/LT) studied art at the Brera Academy of Fine Arts in Milan/IT (2007–2010) and holds an MA from the Tromsø Academy of Contemporary Art, Tromsø/NO (2012–2013). Working between the documentary and the imaginary, Škarnulytė makes films and immersive installations exploring deep time and invisible structures, from the cosmic and geological to the ecological and political. Her blind grandmother gently touches the weathered statue of a Soviet dictator. Neutrino detectors and particular colliders measure the cosmos with otherworldly architecture. Post-human species swim through submarine tunnels above the Arctic Circle and crawl through tectonic fault lines in the Middle Eastern desert. Škarnulytė is the winner of the 2019 Future Generation Art Prize. She is a founder of Polar Film Lab, a collective for analogue film practice located in Tromsø/NO, and a member of artist duo New Mineral Collective, recently commissioned for new work by the First Toronto Biennial/CA. Škarnulytė lives nomadically.

Emilija Škarnulytė’s video work Sirenomelia was filmed in Norway inside the Arctic Circle. The video begins by showing an icy landscape passing by with a monumental satellite dish. Subsequent sequences then show the artist as a mermaid swimming through the abandoned underwater facilities in Olavsvern – a former submarine bunker for NATO and the Norwegian Navy – and through an aboveground facility for a geodetic research institute in Ny-Ålesund, Spitzbergen. The title Sirenomelia is the scientific name for ‘mermaid syndrome’, an extremely rare congenital deformity in which the legs are fused together from the pelvis downwards. The mermaid featured in the film therefore represents not only a purely mythical being, but in a much greater sense a blend of the human and the mythical. Among other things, she explores deserted locations that had played key roles during the Cold War between the Eastern and Western blocs. Here, Škarnulytė has created a futuristic scenario that combines elements of mythology, the past and the future and allows these to merge into a seamless whole in the documentation and imagination. 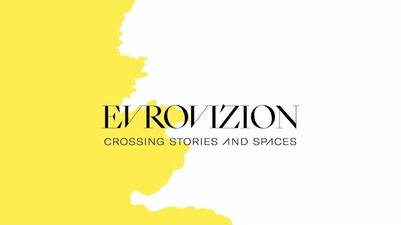