Carsten Tabel is part of the technical team of the EVROVIZION project and will also supervise the seven-year tour of the project. He also works as an author, artist, muliti-media technician and freelance teacher.

CARSTEN TABEL (b. 1978 in Friedberg/DE) studied photography at the Academy of Fine Arts Leipzig and creative writing at the German Institute for Literature in Leipzig. In his current films and texts he explores the relationship between American GIs and the civilian population in post-war Germany. As well as his work as an author, artist, and freelance teacher at various German art universities, he has been commissioned by ifa since 2017 to supervise the touring exhibition FABRIK – On the Circulation of Data, Goods and People. In 2019 he joined the team for the ifa exhibition project EVROVIZION. CROSSING STORIES AND SPACES. With his expertise as an artist, author, and technician, Tabel has not only been involved from the outset in the output of the project, but will also supervise the seven-year touring phase of the exhibition. Carsten Tabel lives and works in Leipzig/DE. 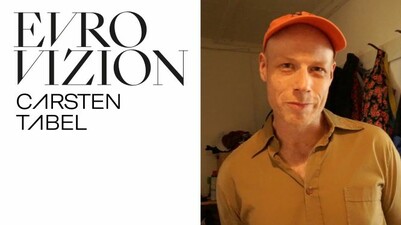